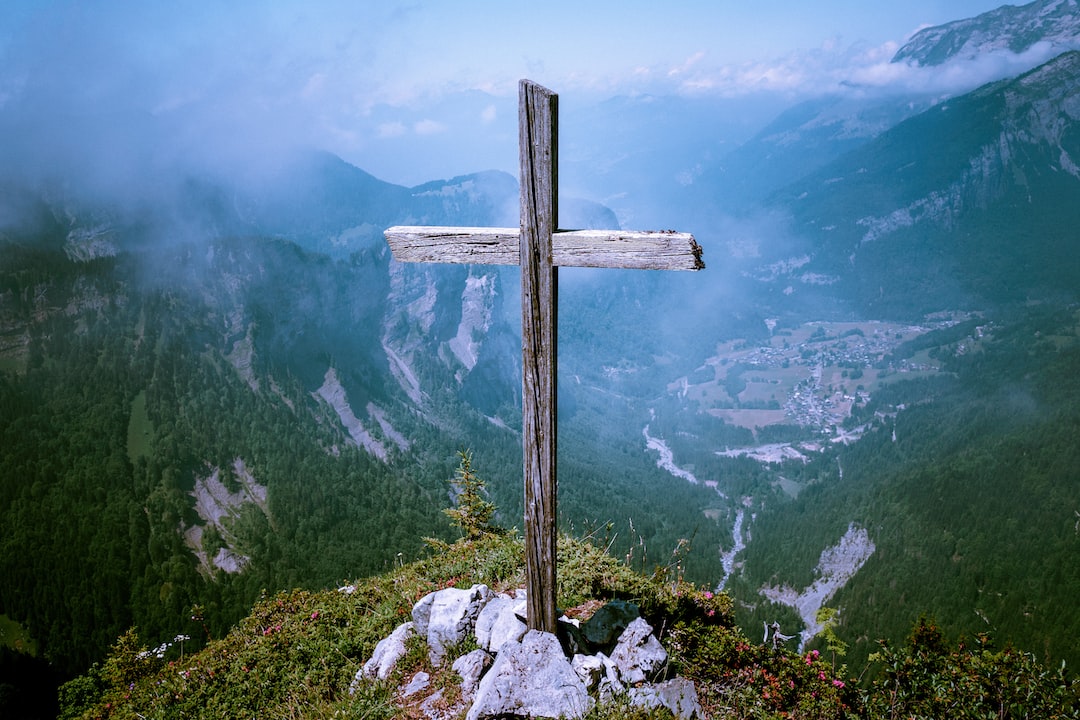 'You're so lucky, Jesus died for your sins'. It sounds like this might have been said sarcastically, but I promise it wasn't.

I recently went to a debate between a Muslim academic, Adnan Rashid, and Christian minister who is the Islamic Specialist for the AFES (Australian Fellowship of Evangelical Students), Samuel Green, and this sentence was said to me in earnest.

For context of the conversation in which the title of this post was said, the debate was about whether or not Jesus was actually crucified and died. This is something Christians and Muslims generally disagree on as there is a verse in the Qur'an that says;

And [for] their saying, "Indeed, we have killed the Messiah, Jesus, the son of Mary, the messenger of Allah ." And they did not kill him, nor did they crucify him; but [another] was made to resemble him to them. And indeed, those who differ over it are in doubt about it. They have no knowledge of it except the following of assumption. And they did not kill him, for certain. Sura 4:157
As I understand it, most Muslims take this to mean that Jesus didn't actually die on the cross, and there are a few different approaches that are taken which were outlined in the debate.

Obviously, for Christians it is a big deal that Jesus died on the cross. Without his sacrifice in our place which pays for our rejection of God, we are under God's wrath like the rest of the world. So if Jesus didn't actually die, as the Qur'an says, then Christians believe in something which is a lie. In fact, so much hangs on the death and resurrection of Jesus that the Bible itself makes this point in 1 Corinthians 15;

So it's a high stakes idea and it was a fascinating debate. I believe it will be on Samuel Green's Youtube channel in the near future so you can check it out. In my opinion, Samuel gave the more compelling argument, obviously I am biased since I'm a Christian and I also worked with Samuel for 4 years! His main argument was to show that using the Qur'an to interpret the Qur'an you can understand it to say that Jesus actually died as a martyr. This was to say that the fact that Jesus died can be something Christians and Muslims agree on, even if we disagree on the significance of that death and who Jesus is. It was really fascinating, and worth a listen. It was good to hear Adnan's argument too as it focused on the seeming inconsistencies in the gospel accounts of how the crucifixion and resurrection happened. He cites this as proof that Christians just saw the appearance of Jesus dying and that the contradictions in the story show that it was made up later. These are good objections to think through as it's important to have confidence in the Bible! That's as much of a summary of the debate as I will give though, so if you want an in-depth anaylsis of what happened you should just watch it!

All of that was to give the context for the conversation I had with this guy after the debate. He was a nice guy, sounded like he was London-born and bred, we chatted before the debate and he recommended a restaurant near where I live. After the debate we got chatting again, there had been some upset in the audience during the debate and we bonded over uncomfortable looks while it was happening. While we were chatting about the debate he said;

You're so lucky you know, Jesus died for your sins. I have to pray five times a day and work really hard to be a good person!
I agreed with him and said I felt it is a great comfort to know my salvation doesn't depend on how hard I work, and we kept chatting for a while before Chris and I left.

As is evidenced by the fact that I am writing this, the conversation stuck with me and I have been thinking about ever since. By coincidence, or divine intervention, the next morning in church every single song and hymn we sang was about Jesus death and what it means. I found myself really dwelling on this truth and thanking God that Jesus died for my sins so that I can be free and in relationship with him. As one of the songs said;

At the cross of Jesus, pardon is complete, love and justice mingle, truth and mercy meet. Though my sins condemn me, Jesus died instead, there is full forgiveness in the blood he shed.

It's more than luck that Jesus died for my sins as this guy suggested. It's intentional love and mercy from God to send His Son to pay the penalty for my sin so that justice is done and I can be forgiven. The more I think about it, the more I am thankful. This conversation came at a time when I have been feeling somewhat lethargic in my faith. Not doubting, but more taking it for granted...perhaps even being a bit bored? I think God put me at the debate and used this conversation and the songs on Sunday as a way of refreshing me in my faith and helping me to appreciate the cross anew.

I wish I had thought more on my feet and given the guy my contact details so I could follow up, or that I had said more than just 'yeah it's pretty great'... I have been praying that this man might be reflecting on our conversation as much as I have and that it might cause him to look more in to who the Bible says Jesus is.

Despite that, I am so thankful for this conversation in a random church building in West London. That two people who believe in faiths which so often find themselves at odds could have a kind and earnest conversation which gave me such encouragement is a rare thing, I think.